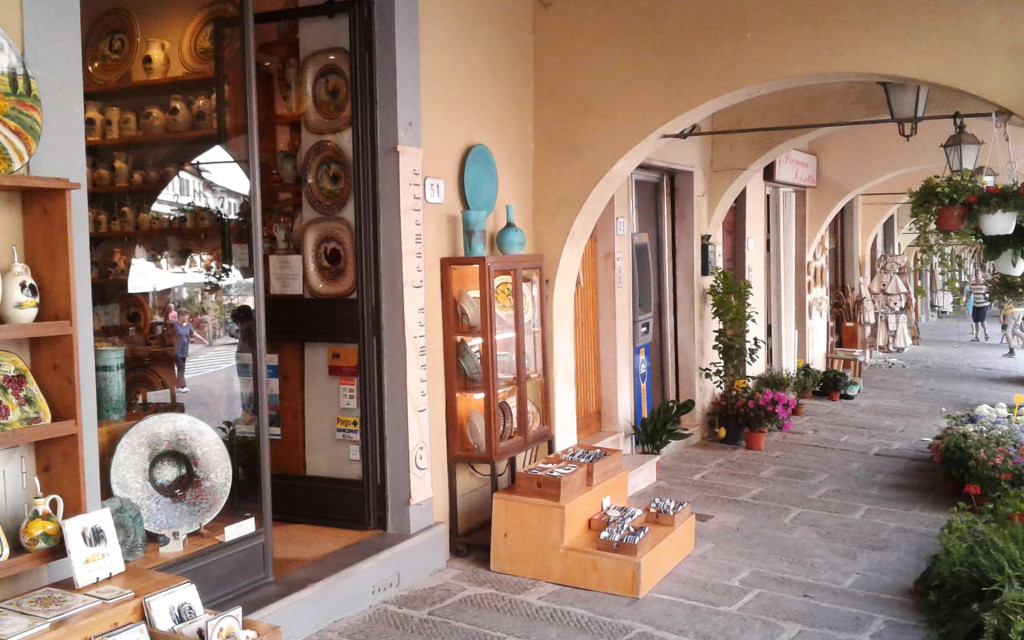 Since prehistoric times Montelupo, in the province of Florence, has combined its name with ceramic art. A tradition that continues today, maintaining the ancient processing techniques.

The link between Montelupo Fiorentino and ceramics dates back to the end of the Middle Age.

The highest moment of its diffusion can be placed between the fifteenth and sixteenth centuries (precisely from 1400 to 1530), when the works coming from this Tuscan village were requested by the Medicis and by many Popes of the time, spreading all over the world.

But the art of working with ceramics was very present in Montelupo since Prehistory: the area of ​​the Middle Valdarno has provided a large quantity of finds of this type.

Inextricably linked to Florence from an economic point of view, Montelupo had the opportunity to become the main center of ceramics production, relying on Florentine merchants.

After the Florentines conquered Pisa, the Arno became the way through which the ceramics of Montelupo could reach the sea.

The boatmen of the Arno brought ceramics to Pisa and Livorno, from where they could reach all the ports of the Mediterranean Sea, from France to Spain to Sicily, to take the Via dell’Oriente.

Not only that: the montelupine ceramics took the route of the Atlantic, arriving getting to England as well, Holland and even beyond the ocean (this is confirmed by some findings in Cuba and Virginia).

The money of Florence flowed into the artisan workshops of Montelupo, and local production was sometimes bought exclusively by the most important families of the city, such as the Antinori, the Frescobaldi, the Machiavelli, the Pucci and, of course, the Medici.

A Renaissance in color

During the Renaissance period the type of decoration that currently identifies the ceramics of Montelupo was codified, passing from the monochromatic rigor of the blue to a flourish of colors much more lively, thanks to the addition of pale-green ramina, citrine yellow, manganese violet and in followed by red pigment, used for the first time in Italy but already known to the ceramists of Nicea, in Turkey.

Among the most important works of this period, a basin of majolica decorated in grotesque made in the workshop of Lorenzo di Piero Sartori in 1509, currently preserved in the Museum of Ceramics of the Tuscan town.

Even from a decorative point of view, things changed: from the stylized “courtly” themes (horses, knights, ladies), they moved towards more realistic subjects.

The central figure (often coats of arms or symbols) were surrounded by graphic elements represented in a realistic way too: parsley leaves, vines, palms, ribbons, peacock feathers and more, up to the works of the early 16th century, debtors of oriental and Chinese decorative art.

Even today, the works created by the artisans of Montelupo are perfectly recognizable, thanks to the choice of colors and subjects, which has remained constant over the centuries.

In the seventeenth century commercial success turned its back on the Montelupo artisans: ceramic production were abandoned for centuries, starting again in 1911, with the intention of bringing back to life a unique and refined art that has made the history of our region.

The working of the ceramics of Montelupo is still an absolute excellence in the panorama of the Tuscan handicraft, and an important voice of the local economy, so much to be portrayed on a postage stamp of the Italian Post in 17 June 2017 (series “Excellencies of the productive and economic system”).

A privilege shared with the masters of other Italian ceramic excellences, such as Faenza (whose ceramics museum was celebrated in 2012), Castelli, Caltagirone, Castellamonte and Squillace (represented in 2012).

At our shop in Greve in Chianti, in addition to our original creations, you will find a rich collection of ceramics that we have created inspired by the tradition of Montelupo. Come and visit us at “Geometrie”, in Piazza Matteotti in Greve!

To realize this article, the following online sources have been consulted: 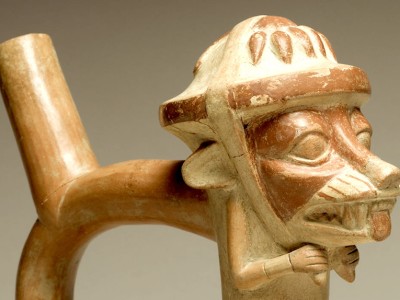 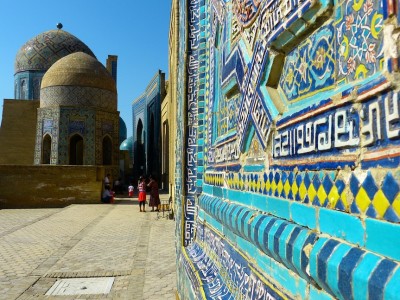